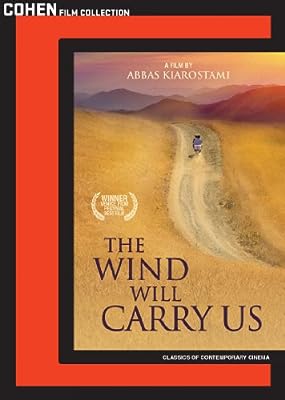 Price: $30.99
As of 2021-07-23 12:10:11 UTC (more info)
Product prices and availability are accurate as of 2021-07-23 12:10:11 UTC and are subject to change. Any price and availability information displayed on http://www.amazon.com/ at the time of purchase will apply to the purchase of this product.
Availability: Not Available - stock arriving soon
Buy Now from Amazon
Product Information (more info)
CERTAIN CONTENT THAT APPEARS ON THIS SITE COMES FROM AMAZON SERVICES LLC. THIS CONTENT IS PROVIDED 'AS IS' AND IS SUBJECT TO CHANGE OR REMOVAL AT ANY TIME.

From one of the true masters of world cinema, Abbas Kiarostami s deceptive
masterpiece is at times beautiful, enigmatic and funny. Set in a small mountainous
village, the daily routine of its inhabitants is momentarily interrupted when a small
group of outsiders on a mysterious mission arrive. As the story unfolds, we learn that
the strangers are a television crew sent from Tehran to await the death of an old
woman in order to cover the funeral practices of the village. Unfortunately, the village
operates on its own schedule and the leader of the crew spends much of his time
adjusting to it and becoming acquainted with the locals.