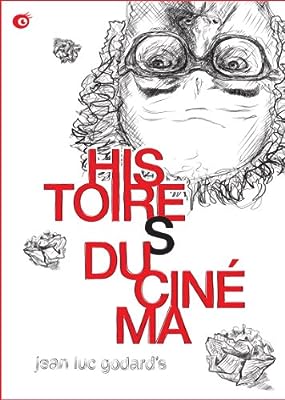 Price: $34.65
As of 2021-07-29 03:30:02 UTC (more info)
Product prices and availability are accurate as of 2021-07-29 03:30:02 UTC and are subject to change. Any price and availability information displayed on http://www.amazon.com/ at the time of purchase will apply to the purchase of this product.
Availability: Not Available - stock arriving soon
Buy Now from Amazon
Product Information (more info)
CERTAIN CONTENT THAT APPEARS ON THIS SITE COMES FROM AMAZON SERVICES LLC. THIS CONTENT IS PROVIDED 'AS IS' AND IS SUBJECT TO CHANGE OR REMOVAL AT ANY TIME.

Jean-Luc Godard transformed the face of cinema with his prolific, influential and revolutionary body of work which includes such classics as "Breathless", "Weekend" and "Contempt" just to name a few. His video series Historie(s) Du Cinema, consisting of eight episodes made over a period of ten years is an extraordinary look at the medium through the eyes of this unique filmmaker. Hugely ambitious in scope, the series covers a wide range of topics from the birth of cinema to Italian neo-realism to Hollywood and beyond. A dazzling montage of sight and sound, Historie(s) Du Cinema features a diverse array of film extracts, the voices of - among others - Juliette Binoche and Alfred Hitchcock, and an eclectic music soundtrack ranging from Beethoven to Leonard Cohen.