Dawn of the Dead (Ultimate Edition) 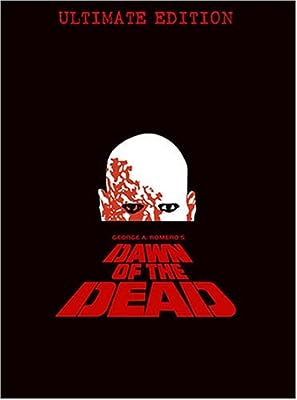 Price: $49.98
Availability: Not Available - stock arriving soon
Buy Now from Amazon
Product Information (more info)
CERTAIN CONTENT THAT APPEARS ON THIS SITE COMES FROM AMAZON SERVICES LLC. THIS CONTENT IS PROVIDED 'AS IS' AND IS SUBJECT TO CHANGE OR REMOVAL AT ANY TIME.

In 1968, director George A. Romero brought us "Night of the Living Dead." It became the definitive horror film of its time. Eleven years later, he would unleash the most shocking motion picture experience for all times. As modern society is consumed by zombie carnage, four desperate survivors barricade themselves inside a shopping mall to battle the flesh-eating hordes of the undead. This is the ferocious horror classic, featuring landmark gore effects by Tom Savini, that remains one of the most important – and most controversial – horror films in history. When there’s no more room in Hell, the dead will walk the earth: The original "Dawn of the Dead" is back!