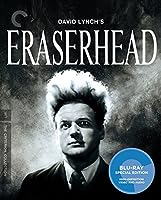 The Discreet Charm Of The Bourgeoisie (The Criterion Collection)
$39.95
View Product

In the Mirror of Maya Deren
$19.99
View Product

Articles and Essays on Surrealism

Jean-Luc Godard’s cathartically political and infuriating masterpiece Weekend is one of the key films of the late 1960’s. It is on one hand a chaotically brilliant black comedy and on the other hand a surrealistically acid disdain on the nihilistic bourgeoisie consumer society. Weekend is less like a film and more like a abstract angry political collage, as its pop art […]

END_OF_DOCUMENT_TOKEN_TO_BE_REPLACED

Within the world of artistry, tapping into the dreams and the unconscious mind have always been a fascinating theme to interpret and explore, and some of the great artists focus a lot of their ideas and theories in trying to understand the illogical mysteries of the conscious and unconscious. The great Spanish director Luis Bunuel once was asked what […]

END_OF_DOCUMENT_TOKEN_TO_BE_REPLACED

Luis Bunuel’s The Exterminating Angel is a cynical and macabre satire on the slow and deteriorating breakdown of human civilization, as Bunuel takes several wealthy bourgeois guests and purposely traps them all in an over populated room, which is similar to using mice to conduct a social experiment. At first these guests stay civilized, level-headed and continue using […]

END_OF_DOCUMENT_TOKEN_TO_BE_REPLACED

Robert Wiene’s The Cabinet of Dr. Caligari is one of the most visually frightening and bizarre horror films of all time and the quintessential film that started the German Expressionism movement in early German cinema. German Expressionism is a style that was largely confined to Germany due to the isolation the country experienced during World War I and usually involved surreal […]

END_OF_DOCUMENT_TOKEN_TO_BE_REPLACED

“The legend of Orpheus is well-known. In Greek mythology, Orpheus was a troubadour from Thrace. He charmed even the animals. His songs diverted his attention from his wife Eurydice. Death took her away from him. He descended to the netherworld and used his charm to win permission to return with Eurydice to the world of […]

END_OF_DOCUMENT_TOKEN_TO_BE_REPLACED
Page 1 of 212» Next
Surrealism