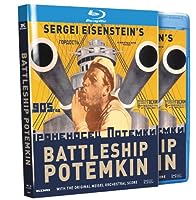 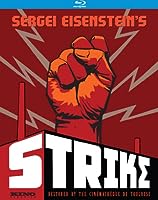 Sergei Eisenstein’s revolutionary propaganda film Battleship Potemkin is one of the fundamental landmarks in the history of the cinema. Critics, film scholars and movie directors over the years have endlessly quoted and referenced the film, that most younger viewers most likely have seen the parody before seeing the original. Upon its original release Battleship Potemkin was banned in it’s native […]

END_OF_DOCUMENT_TOKEN_TO_BE_REPLACED

“The strength of the working class is organization. Without organization of the masses, the proletarian is nothing. Organized it is everything. Being organized means unity of action, unity of practical activity.” 1925’s Strike was legendary director Sergei Eisenstein’s first full-length feature film, and he would go on to make his masterpiece The Battleship Potemkin later that year. […]