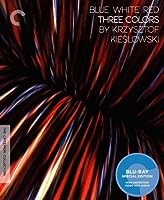 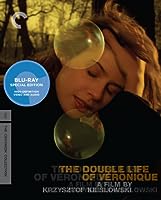 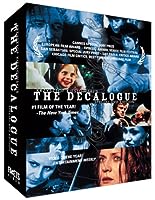 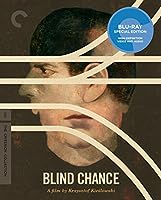 A Short Film About Killing
$29.98
View Product
View all ‘Krzystof Kieslowski’ items in our shop

Articles and Essays on Krzystof Kieslowski

Polish director Krzysztof Kieslowski’s The Double Life of Veronique is a mesmerizing and poetic film experience which expresses such transcendent feelings as intuition, identity, fate and free-will. Are we alone in this universe, or is there more than one of us? We have no rational understanding of this, it is simply a feeling that we have, perhaps physical or metaphysical, as […]

END_OF_DOCUMENT_TOKEN_TO_BE_REPLACED

The legendary director Krzysztof Kieslowski said he did not care about the cinema, only about audiences and the ways in which films could utterly move them. Three Colors: Red unfortunately was his last film, and yet it couldn’t be a more beautiful and farewell parting gift. Krzysztof Kieslowski’s The Three Color trilogy corresponds to the three hues of the […]

END_OF_DOCUMENT_TOKEN_TO_BE_REPLACED

“The day I can buy toilet paper in a Polish store, I’ll discuss politics,” Polish director Krzysztof Kieslowski once stated in an interview in 1989, a little more than two months before the fall of the Berlin Wall. Maybe Kieslowski held off on his political thoughts because he became sly when subtly presenting them when shooting his sardonic […]

END_OF_DOCUMENT_TOKEN_TO_BE_REPLACED

Film lovers can embrace Blue as simply a stand alone film, or consider it as Three Colors: Blue, which is merely a first part of a monumental trilogy. Krzysztof Kieslowski’s The Three Color trilogy corresponds to the three hues of the French tricolor, and also to the French national principles of liberty, equality, and fraternity. […]