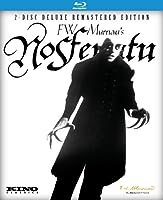 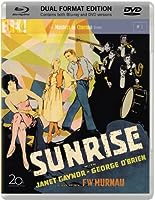 “One day you are preeminent, respected by all…a minister, a general, maybe even a prince. But, what will you be tomorrow?!” In the opening shot of F.W. Murnau’s silent classic The Last Laugh the film camera excitingly swoops into a fancy and luxurious hotel as you witness a elderly doorman who feels proud of his respected […]

END_OF_DOCUMENT_TOKEN_TO_BE_REPLACED

F. W. Murnau was one of the boldest and imaginative artists working during the silent period of German Expressionism. Along with his horror classic Nosferatu, his creation of Faust is considered one of the greatest of all supernatural fantasies; and the visionary Murnau was so distinctive with his use of canvas that he constructed one of the most haunting vistas […]

END_OF_DOCUMENT_TOKEN_TO_BE_REPLACED

To watch F.W. Murnau’s 1922 horror masterpiece Nosferatu is to see the vampire movie before it became a trendy pop icon of commercials, jokes, skits, franchises, books and over 100 different films. Nosferatu is the greatest of all vampire films, and its surreal and haunting tone and intensity gives off the feeling as if its creators were truly in awe of […]