The Passion of Joan of Arc (The Criterion Collection)
$39.95
View Product 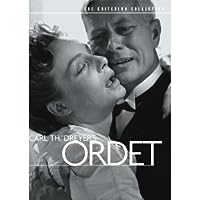 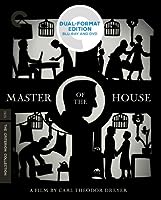 It is a bleak and hopeless period set in a cold and Danish village in 1623 when people without question still believed in the existence of witches and went about on thousands of merciless witch hunts to catch and then burn innocent people at the stake. Many of these villagers would conjure up any fantasy about a friend, […]

END_OF_DOCUMENT_TOKEN_TO_BE_REPLACED

In a film medium without words, where the artists believed that the essence of a character was what the camera lens captured through their face, to gaze into the eyes of Renee Maria Falconetti, you feel as if she is allowing you to delve into the deep dark depths of her soul. In Carl Dreyer’s silent […]

END_OF_DOCUMENT_TOKEN_TO_BE_REPLACED

Ordet, which means ‘The Word’ in English, is not only one of the greatest films ever made, but one of the most spiritual films I have ever witnessed. It was directed by the legendary Danish director Carl Theodor Dreyer, who is considered one of the great masters in the art form of the cinema, and like […]